It's A Book Launch Party You Don't Want to Miss 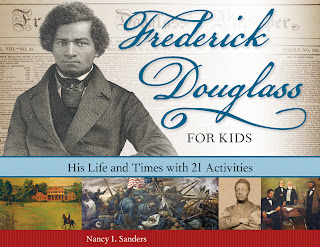 Welcome to the Book Launch Party: Come join in the fun. Nancy I. Sanders is an award winning author, teacher, and friend. Please visit her sites too for all of the fun she shares during her Book Launch for Frederick Douglass for Kids: His Life and Times with 21 Activities


Frederick Douglass for Kids: His Life and Times with 21 Activities


By Nancy I. Sanders


Purchase the book at: http://tinyurl.com/7opjcn4


Few Americans have had as much impact on this nation as Frederick Douglass. Born on a plantation, he later escaped slavery and helped others to freedom via the Underground Railroad. In time he became a bestselling author, an outspoken newspaper editor, a brilliant orator, a tireless abolitionist, and a brave civil rights leader. He was famous on both sides of the in the years leading up to the Civil War, and when war broke out, Abraham Lincoln invited him to the White House for counsel and advice.

Frederick Douglass for Kids follows the footsteps of this American hero, from his birth into slavery to his becoming a friend and confidant of presidents and the leading African American of his day. And to better appreciate Frederick Douglass and his times, readers will form a debating club, cook a meal similar to the one Douglass shared with John Brown, make a civil war haversack, participate in a microlending program, and more. This valuable resource also includes a time line of significant events, a list of historic sites to visit or explore online, and web resources for further study.


Nancy I. Sanders is the bestselling and award-winning author of over 80 books including the well-loved homeschooling curriculum to teach kids how to write, WriteShop Primary (Grades K-2) and WriteShop Junior (Grades 3-5). She teaches other writers how to launch their career to the next level based on material found in her groundbreaking book for writers, Yes! You Can Learn How to Write Children’s Books, Get Them Published, and Build a Successful Writing Career. Nancy and her husband, Jeff, live in southern . 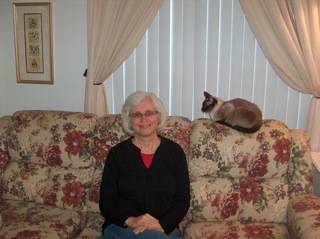 Interview with the Author


What grade level is Frederick Douglass for Kids geared toward?


How can this book be used by homeschooling families?


In Frederick Douglass for Kids, there are numerous biographies of famous African American leaders in the Civil War era which are helpful for writing reports about the Civil War and the years leading up to it. Plus, it includes a detailed timeline of the Civil War featuring little-known information about the important role of black troops. And as in all books in this series, there are numerous hands-on activities accompanying this informative text to help history come alive during units when homeschooling families are studying American history or the Civil War.


Do you have any other books on African American history that could be incorporated into the homeschooling curriculum?


I’ve written several books on African American history, all of which are perfect to include in the homeschool classroom.


D is for Drinking Gourd: An African American Alphabet www.DrinkingGourdAlphabet.wordpress.com


This beautifully illustrated picture book illustrated by E. B. Lewis highlights many of the remarkable achievements of and contributions from African Americans throughout our history. The poem for each alphabet letter can be read aloud to kindergarten students and older. Detailed sidebars along the side of each page add important content for discussion or reading by older students. Awarded the 2008 Teachers’ Choice Award (IRA), the 2007 Book & News, the 2007 NAPPA: National Parenting Award, and the 2008 Notable Social Studies Trade Award.


For parents and teachers interested in fostering cultural awareness among children of all races, this book includes more than 70 hands-on activities, songs, and games that teach kids about the people, experiences, and events that shaped African American history.


’s Black Founders helped build a nation that would become one of the most influential countries in the entire world. Even though many traditional history books have been silent concerning the important contributions and amazing achievements accomplished by African Americans during the founding of , these men and women were not silent. America’s Black Founders documents how these true American heroes influenced the new birth of a nation in powerful and far-reaching ways. Winner of the Best Books 2010 Awards in children’s nonfiction.


Readers experience the founding of the North Star by Frederick Douglass, the famous concert of Marian Anderson, and other memorable events in this book of readers theatre plays for students in grades 4-8.


What are you doing to celebrate the release of your book, Frederick Douglass for Kids?


I’m hosting a two-week virtual Book Launch Party! There are prizes to win, fun facts to learn, and lots of inside peeks and helpful tips about how a book is born. Stop by my site today to join in the party and a chance to win a set of full-color autographed bookmarks of the book at: