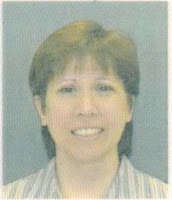 Join the tour. This blog will feature day 1 of the tours for the authors featured at The National Writing for Children Center. Check this site out for details:
http://www.writingforchildrencenter.com/
You will find the tour schedule, learn about free drawings and give aways, and learn what the site offers to new and experienced writers.


Meet Author Karen Cioffi- I am so glad to introduce you to a wonderful children's author. Read all about her here:


I’ve loved to write and draw since grade school, In my teen years I wrote a lot of poetry, but I never thought of writing as a career. Instead, I went into accounting. I was working as an assistant controller for a manufacturing company when I was diagnosed with MS in 2000.

Around this time, my younger daughter, Robyn, was going to college for her teaching degree, majoring in children’s literature. I’d read her school papers and sometimes help her with research, and it rekindled my interest in writing.

Then my first grandson was born and we sang a family lullaby to him at bedtime and nap time. He loved it and it seemed to soothe him and ease him into sleep.

I wrote the lullaby over 30 years ago because my firstborn didn't like sleeping. I sang it to her as I paced the hallway carrying her in my arms to get her to sleep, and again when she'd wake in the middle of the night. I did the same thing with my second daughter, and it became a family lullaby.

Having the lullaby reintroduced into the family through my grandson, Robyn thought it would make a wonderful bedtime story. At first I wasn’t interested in turning it into a book, but she truly believed in it. So, we collaborated and came up with picture book that has the sheet music to the lullaby at the end of the story.

We wondered what publishing route we should take, and I did submit it around for several months to traditional publishers, but, uncertain of what the MS would bring at the time, I decided to self-publish. So, the second round of work began, researching POD companies.

I created a spreadsheet and did a comparison of a few companies, and ended up going with BookSurge (now with CreateSpace). I have to say they were great; they were helpful and professional.

So, that’s how Day’s End Lullaby the bedtime picture came to be. Next on the agenda was the promotion. Promotion is the really tough part of getting a book published. And, before it was released in October 2008, I joined the Children’s Writers Coaching Club in June of 2008. I wish I joined a year earlier, but better late than never. Suzanne taught me so many things I didn’t know about writing for children, and there are things I still have to learn, but I’m taking the steps necessary to continue to hone my craft. 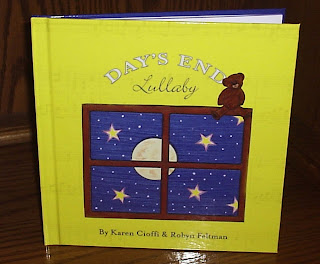