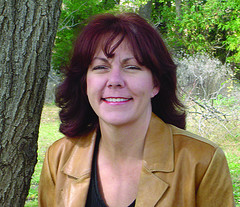 My writing career is due, in part, to two Nancys.

I’ve loved books since I was first able to hold one. In about the third grade it occurred to me that somebody had to write those books I loved. I decided that one day, one of those somebodies would be me. Writing books didn’t seem too lofty a goal for my nine-year-old self. My parents had taught me that I could do anything I set my mind to. Plus I had a secret weapon: Nancy Drew.

My mom loved Nancy when she was a girl, so one year for Christmas, Santa brought me The Hidden Staircase and The Bungalow Mystery. I was hooked. I devoured Nancy Drew books as fast as I could get them. This was during the late sixties and early seventies, a time when girls were still being told they couldn’t do the same things boys could. But I knew better—I had Nancy.

Nancy could do anything better than anyone, including the detectives on the River Heights police force. If Nancy took an art course, she was the best artist in the class. If Nancy enrolled in karate, she’d be taking down the instructor after only a couple lessons. If Nancy wrote a book, it would be an immediate bestseller and instant classic. And if Nancy could do it, I could do it.

I wrote stories all through grade school, and in high school actually had a short story published. I went to college, earned a degree in art, and started working and raising a family. I still dreamed of being a writer, but I wasn’t sure how to start. That’s when I ran headlong into the second Nancy: Nancy Weston, Patricia Wettig’s character on the TV show “thirtysomething.”

Nancy Weston was an artist who wrote and illustrated a picture book and got it published. This really cheesed me off. This Nancy, this character on a TV show, was stealing my dream! (Okay, she also had to battle cancer and deal with a philandering husband. Still.) It was just the kick in the pants I needed. I bought writing books. I went to writing conferences. I got a subscription to Writer’s Digest. I was a writer, dadgummit. It was time I started acting like one.

I was fortunate; my stories soon began being published in children’s magazines. In the years since, I’ve written hundreds of short stories and poems, twelve nonfiction books, three ghostwritten series books, and several novels.

I started with setting: a cobblestone street in a Victorian London-ish city. I created my main character, fifteen-year-old Flannery Lane, an intrepid, resourceful girl (not unlike Nancy Drew) who possesses remarkable magical powers. As a baby, Flan is found on the doorstep of a wizard and raised as his neice in the rooms above his bookshop. Because her powers are so strong, they attract evil, so she is forbidden from using them. Now, if you possessed powerful magic but were forbidden from using it, what would you do? That’s exactly what Flan does. She secretly practices her magic and of course attracts unspeakable evil: a vampire, who terrorizes the city and kidnaps her uncle.

Nocturne is my first fantasy novel, and I hope readers enjoy it. If so, they have two Nancys to thank. 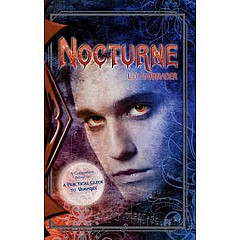